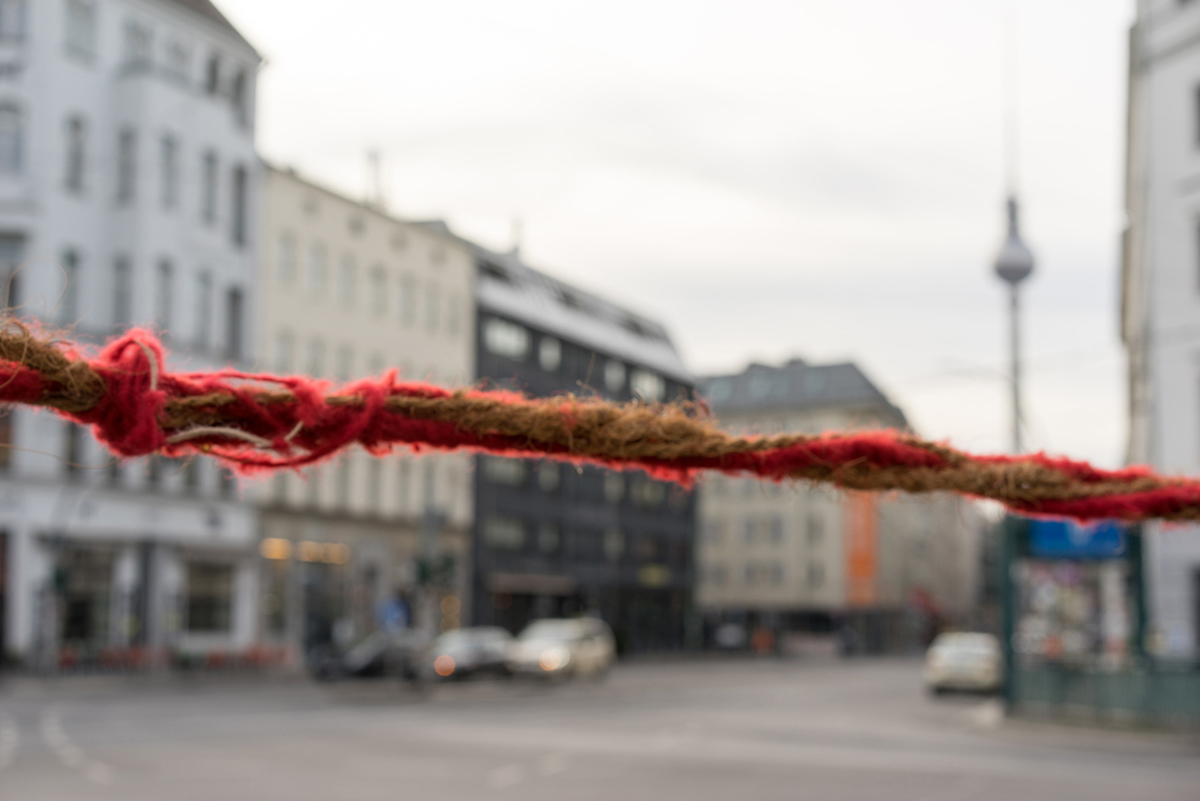 Distances are becoming less important in the modern world. The invention of the telephone has enabled calls to be made to other rooms, buildings, cities and continents for over 150 years. Initially communicated by language, texts, photographs and films were gradually added. The fascination of communicative proximity makes us forget the real distance. In communication, this can only be found in the cables that connect the places. Here the electrical signals travel the forgotten distance at the speed of light. At the beginning of the communication age, wires and cables were still visible along roads, roads and railway lines. Nowadays the cables are deeply buried, laid in standardized shafts or replaced by radio waves.

The work consists of several levels. The first level, the documentary level, deals with the distance between Constance and Berlin. By laying a rope over a length of 435 miles, these two places are connected. This way of the more than 3500 years old aid of mankind through the villages and cities, across the fields and rivers is shown in a series of pictures.

A second level uses the rope as a symbol to ask which information is actually transmitted. It is about the non-existent proximity in today’s communication. Today’s technical possibilities can transmit high quality images and sounds to almost any place in the world, but real entertainment is not possible due to various disturbing factors. The physical presence of the conversation partner cannot be simulated by the technology.

The third level is a tribute to the people who lay the ropes and grant freedom from interference. They have no face and are not noticed any more than the track builders in the first industrial revolution. Only when they are disturbed do they gain attention.