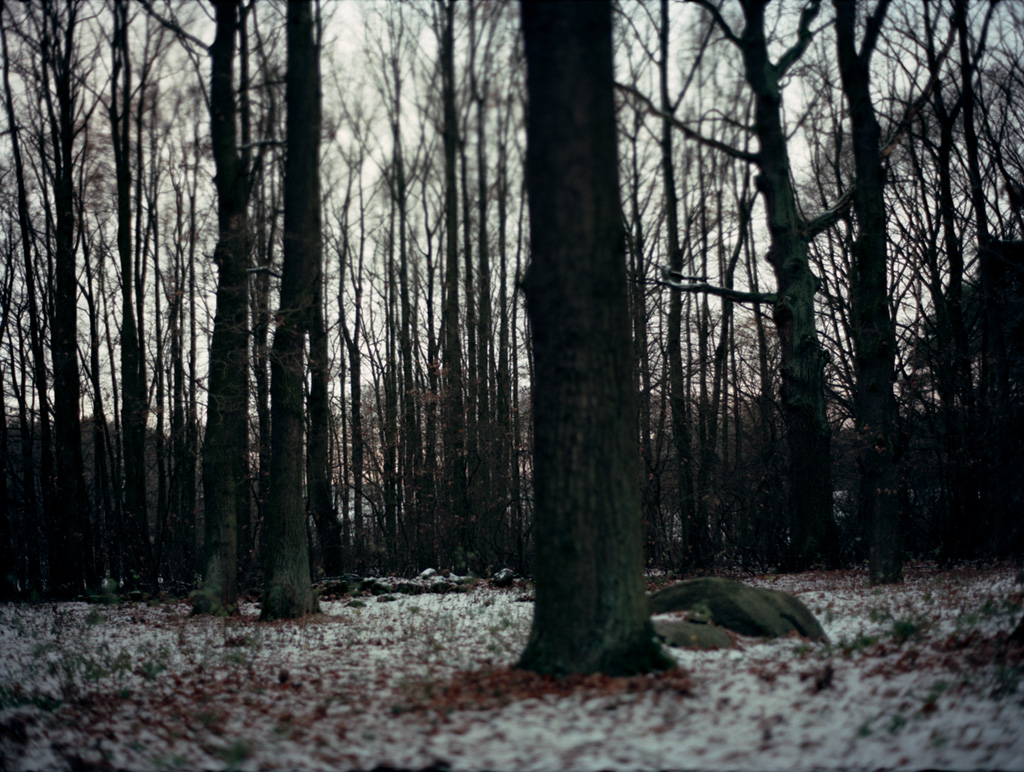 In the discussion about the depopulation in the north-east of Germany, the almost forgotten word “Wuestung” (deserted settlement) is being mentioned more and more often. It refers to places in the landscape where once upon a time -more or less long ago- people lived. Places which were deserted by their inhabitants and that nature has reclaimed. The traces left by the inhabitants are hardly – if at all – discernible. This idea of disappearing without leaving traces makes one wonder about one’s own identity and the meaning of one’s own life.

“Wuestungen” are not places people intend to return to. Those leaving have taken away their possessions. The deserted settlements remain alive only within memory, in the stories of the elders, legend and myth. The “where to” is uncertain and differs widely. If the necessary preconditions for life have been taken away in the old place or another place offers better opportunities, people will travel far. These are journeys of hope, to a new beginning. For those displaced by illness, war or other catastrophes the journeys are far harder. A sense of loss is taken to the new destination.

The photographic work “Wuestungen” proves that giving up settlements has always been part of our history. This idea of deserting a place entirely has been forgotten in the last decades of growth and expansion in central Europe. For the last generations it has been more a case of building new towns and villages, of cities expanding. Therefore giving up settlements, once a commonplace notion, has become a new, strange concept. In “Wuestungen” the subject has been approached from several angles.

The deserted places that were visited are all situated in the areas of Germany which are now losing population. The photographs aim to capture time and the traces of habitation in these places. As often no traces were visible in the daylight, the dark traces of the past were recorded in images taken at night. Due to the nature of film it is always only possible to capture the present moment which immediately turns into the past. In these places, the significant moment is dozens or even hundreds of years ago. Therefore long exposures were used.

time and place:
since 2008
Moonless night shots (exposure time 1 hour) in areas in Germany, which will be discussed in due to demographic changes in society again deserted villages.
Dangelsberg, Jahrsau, Mellin, Swina, Viereichen, Warnitz